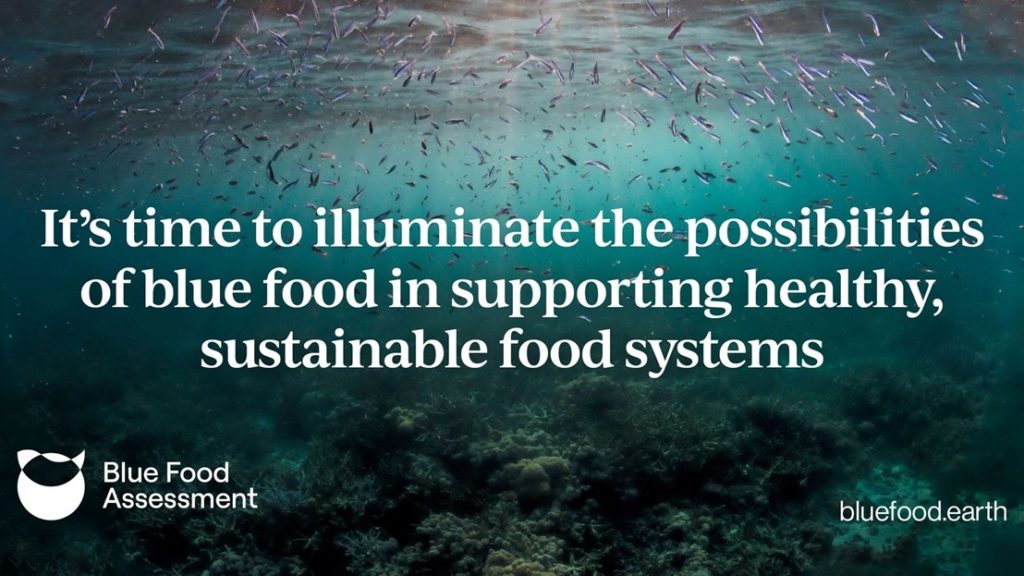 Last week, the Blue Food Assessment (BFA) was released. The BFA is a collaboration between the Stockholm Resilience Centre, Stanford University and EAT, bringing together more than 100 scientists from 25 institutions to publish a series of scientific reviews that can help influence policy makers.

The assessment shows how blue foods, such as salmon, and the waters in which they grow will have an essential role to play in the shift towards healthy, equitable and sustainable food systems. In fact, the assessment shows farmed salmon is preferrable to chicken for most environmental metrics, including freshwater use and greenhouse gas emissions, as well as on nutrient profile.

The assessment found that blue foods on average have much greater nutritional benefits than terrestrial animal foods, and many also have a smaller environmental footprint.

Among the environmental benefits found in the assessment, it states: “Among farmed finfish and crustaceans, silver and bighead carps have the lowest greenhouse gas, nitrogen and phosphorus emissions, but highest water use, while farmed salmon and trout use the least land and water.”

It was found that aquaculture is less exposed to climate risks than fisheries.

The assessment also found that global blue food demand is expected to approximately double by 2050, something that is likely to have widespread environmental and social implications. The report says: “We project a near doubling of global fish demand by mid-century assuming continued growth in aquaculture production and constant real prices for fish.”

Catarina Martins, Chief Technology and Sustainability Officer, said: “The BFA is a remarkable scientific proof of the value our industry has for humanity. Producing food from the ocean is both good for the planet, because of lower environmental impact compared to alternative land animal proteins, and good for people because of its unique nutritional profile. Having this value recognised by leading scientists is fantastic.”

Find out more at https://bluefood.earth/