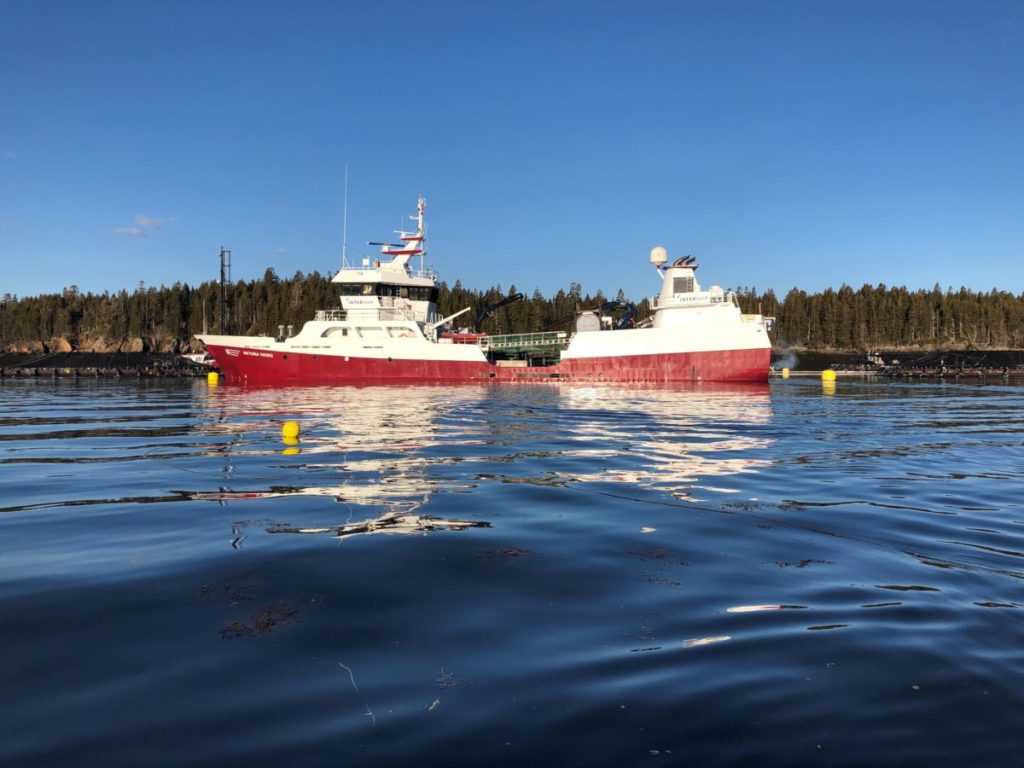 A trial to treat our salmon in New Brunswick with fresh water using the Viktoria Viking wellboat has been hailed a success.

Freshwater is used in salmon aquaculture globally as a natural solution for improved gill health as well as a proven method to clean salmon of naturally occurring marine parasites known commonly as sea lice.

This freshwater treatment, a first in Canada East, required a phenomenal amount of planning, research, collaboration, thinking outside of the box and even constructing some bespoke boxes, as Allene Barrett explains.

“Freshwater treatment is something we have wanted to trial for a while, and we did a lot of research and spoke to colleagues in other business units, including Scotland, to help us prepare. The biggest challenge, believe it or not, was securing the water. In the end, we sailed over six hours to Nova Scotia to source the water, working with a company called Clear Water Supplies. We actually had to dock the wellboat in Yarmouth because the size of the vessel meant we could not get that close. Then tankers were used to transport the water to the Viktoria Viking (40 loads worth) before we set sail back to New Brunswick.”

Once all the required elements were in place, including bespoke dewatering boxes made by partner LMB Industrial that were small enough to accommodate the smolts and ensure that no salt water could get into the wells, the freshwater treatment began. 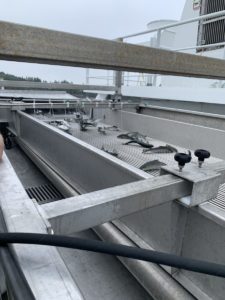 Allene continues: “We started off cautiously with small volumes of fish. First of all, we put 12 fish in the fresh water in a box and monitored them closely for an hour. Confident they were doing well, we then introduced 2,500 salmon into the starboard well of the Viktoria Viking where they were monitored for two hours. Satisfied with all the fish health checks, we transferred the rest of the fish from the pen, so we had close to 45,000 salmon in the fresh water where they remained for around six and a half hours.”

This process will need to become much more efficient once freshwater treatments become operational. 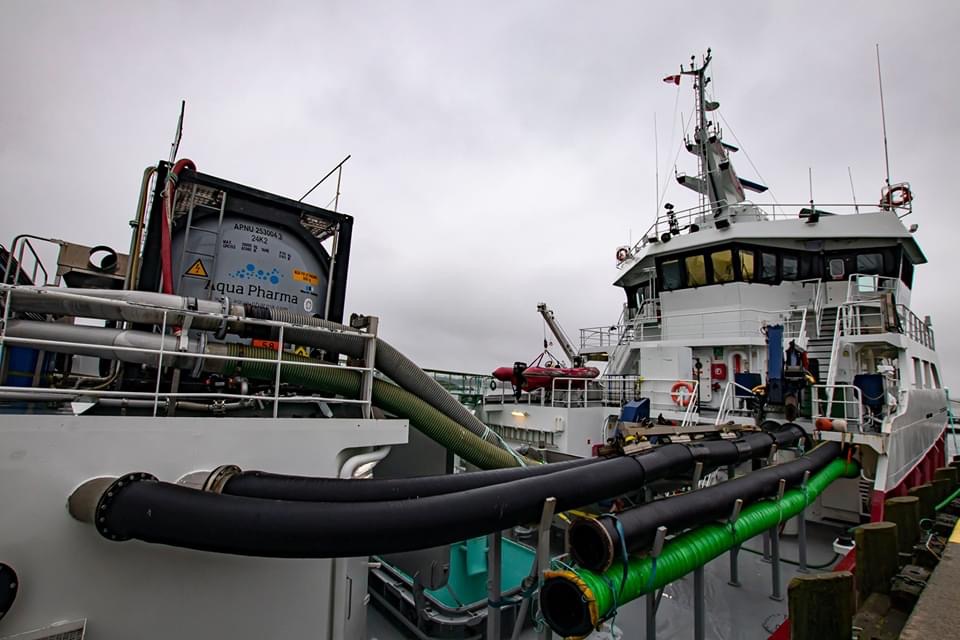 Luke Canavan from the fish health team was on hand, checking the water quality every 30 minutes. Every aspect from pH levels to salinity to oxygen levels had to be monitored.

The treatment was successful and, when the salmon were transferred back to their pens, they started feeding straight away and the gills were in good condition.

Now, the team is focussed on gathering more data from the trial and looking at options to recirculate the water which would mean that four pens could be treated every four days.

Visit our national website:
We use cookies on our website to give you the most relevant experience by remembering your preferences and repeat visits. By clicking “Accept All”, you consent to the use of ALL the cookies. However, you may visit "Cookie Settings" to provide a controlled consent.
Cookie SettingsAccept All
Manage consent