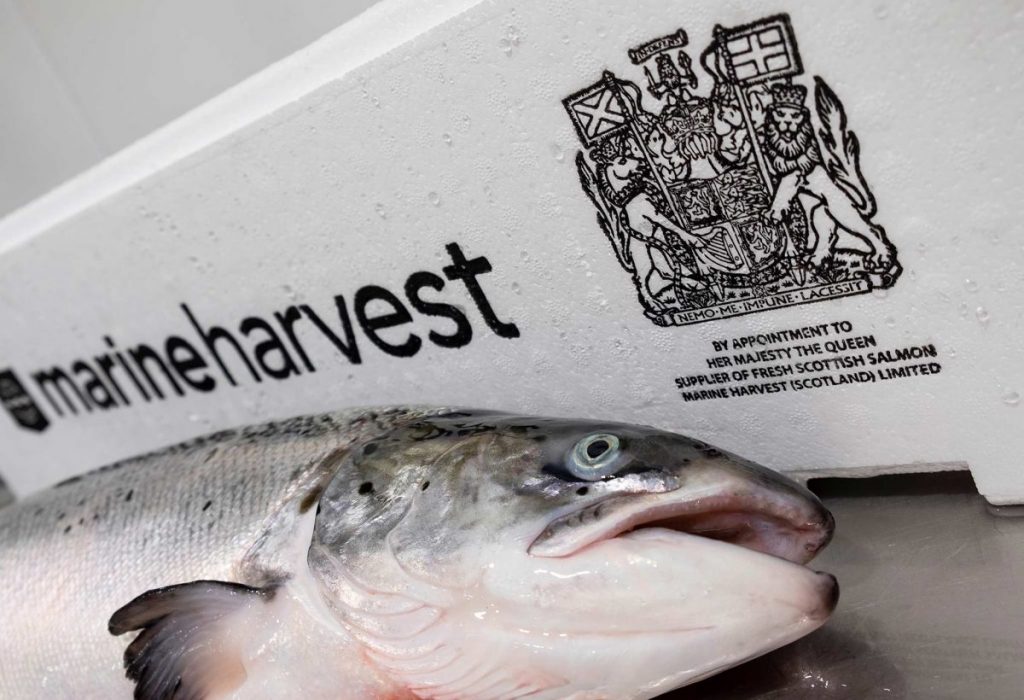 2020 marks our 30th anniversary as proud holders of a Royal Warrant of Appointment. Mowi, then trading as Marine Harvest Scotland, was appointed to the Royal Warrant in 1990.

Commenting on the achievement of holding the Royal Warrant for 30 years, Georgina Wright, head of sales, said:

“We are immensely proud to have held the Royal Warrant of Appointment for 30 years. It is an honour that Mowi Scotland is the only supplier of fresh salmon to Her Majesty. The Royal Warrant, clear from the Royal Crest on our boxes of salmon that are sold all over the world, is recognised and held in high regard globally and lends even greater provenance to the Mowi story.”

The Royal Arms is displayed proudly on each of Mowi Scotland’s 25 kilogram fish boxes that depart our processing plant in Fort William. More than two and a half million of these boxes, which are now recyclable, are shipped worldwide every year bearing this seal of Royal Appointment. Georgina continued: “We know that when our customers see the Royal Crest, they are assured of the quality of our salmon and also of our standards in terms of the environment and sustainability.”

For those who would like to know the exact wording of the Royal Warrant of Appointment, it says:

“This is to certify that by Command of Her Majesty The Queen, Mowi Scotland Limited T/A Marine Harvest Scotland” … “has been appointed into the place and quality of Supplier of Fresh Scottish Salmon to Her Majesty to hold the said place until this Royal Warrant shall be withdrawn or otherwise revoked.”