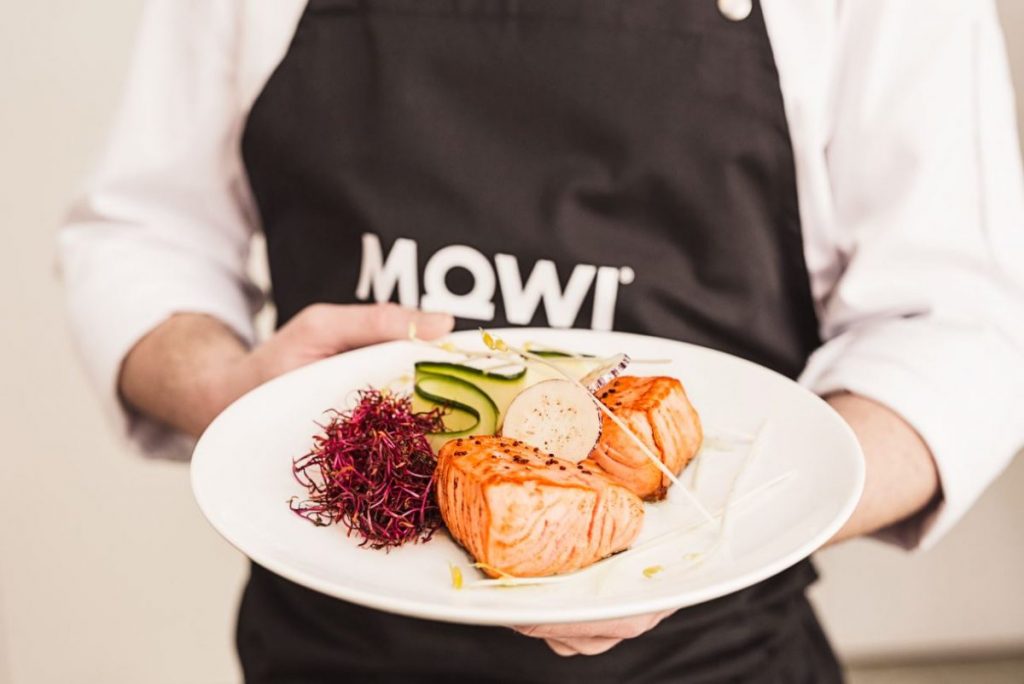 Last night, at the Scottish Council for Development and Industry (SCDI) Highlands and Islands Awards, Mowi Scotland was awarded gold in the category for excellence in international business.

The judges, who were looking for a business in the Highlands and Islands which best demonstrated a track record of outstanding achievement in the global marketplace, involving a strong internationalisation and export strategy, underpinning growth and an ability to innovate and break into newmarkets, were impressed by Mowi’s performance over the last 18 months.

In the most turbulent of years which presented the Scottish salmon industry with challenges posed by COVID-19, in which restaurants across the globe shut down, combined with the logistical challenges in a post Brexit world, Mowi was able to overcome these challenges and still deliver growth both in terms of volumes and customers in emerging markets.

The judges were particularly impressed with Mowi’s approach to Brexit which saw Mowi Scotland form a cross functional Brexit working group which was effective in minimising negative impact on exports to the EU. Mowi Scotland was in fact the first truck of Scottish seafood that entered and cleared customs into the EU on the night of Saturday 2nd January 2021 – an achievement which was singled out on the night when Mowi was given the award.

Mowi was also praised for its growth in international markets during a time of rising air freight rates and restricted flight availability. Despite these challenges, Mowi continued exports to Asia including UAE, Saudi Arabia, Taiwan, Japan, South Korea and Kuwait.

Collecting the award on behalf of Mowi Scotland on the night, Jamie McAldine, Key Account Manager, acknowledged the role of teamwork and collaboration at Mowi. Ben Hadfield, Chief Operating Officer, said of winning the award:

“The last 18 months have been tough for everybody in the Scottish salmon industry. I know how hard the team here at Mowi has worked, especially to overcome the challenges posed by Brexit so it is great to see this acknowledged by the SCDI through this award.”

Mowi Scotland was also awarded bronze in the category of outstanding supporter of coastal communities for its continued support of shinty and the Camanachd Association.