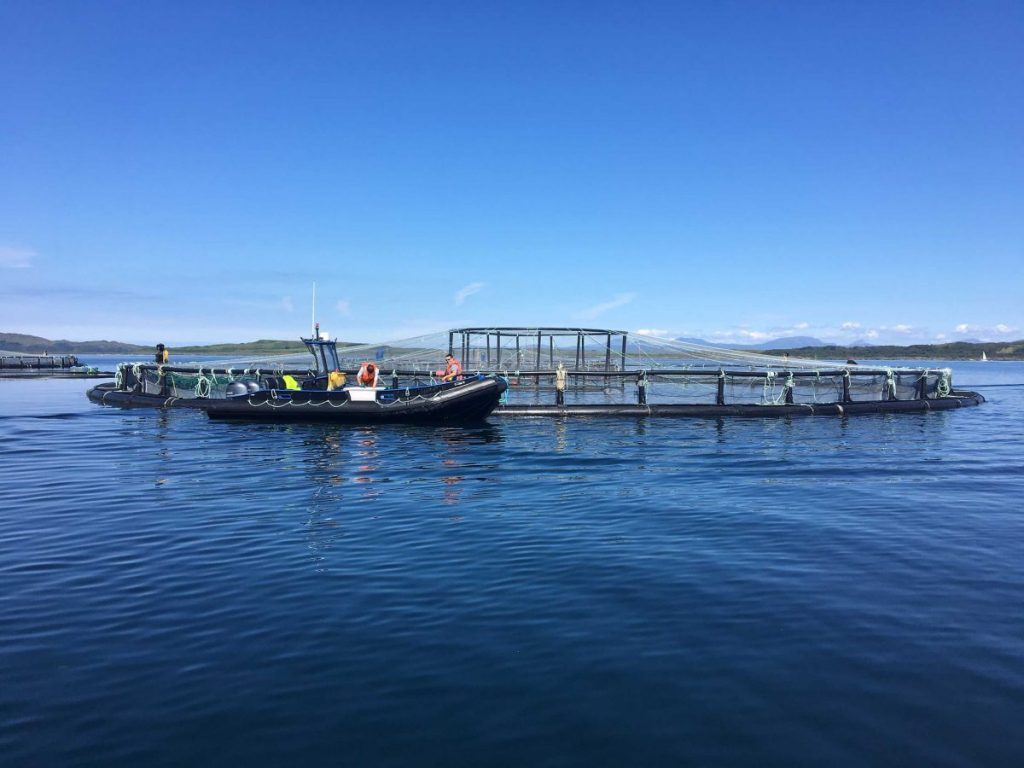 The latest allegation from anti-salmon farming campaigners is shown to lack veracity when compared to farming data released by Mowi Scotland’s processing operations within days of filming occurring.

UPDATE (July 29): Upon immediate investigation of the complaint, the appropriate agencies have concluded that there is no evidence to support allegations of alleged breaches of the Animal Health and Welfare (Scotland) Act.

The RSPCA says: “These farms have now been visited by a specially trained RSPCA Farm Livestock Officer and an RSPCA Assured Assessor. During their visit they did not find any of the problems highlighted in the images taken earlier this month and were satisfied that the fish they saw were being properly managed and cared for. Any allegations of animal welfare issues, or breaches of the RSPCA Assured membership agreement, are taken very seriously and always thoroughly investigated. Thankfully, welfare concerns on RSPCA Assured certified farms are extremely rare, and many millions of farm animals are having a better life thanks to the work of the charity.”

Marine Scotland’s Fish Health Inspectorate (FHI) concludes: “These investigations by FHI, which include considering sea lice information collected weekly from all sites, have concluded that there are no obvious sea lice or mortality issues at a population level at any of the sites involved in the allegation and that appropriate measures are in place to control sea lice, remove mortalities and ensure adequate fish health management at the sites in question. The Scottish Government takes fish health and welfare seriously and the complaint has been discussed with the Animal Plant Health Agency (APHA) who are responsible for investigating allegations of poor animal welfare on farms.”

APHA has concluded its investigations and found no evidence to support the allegations made.

Activist Don Staniford took to entering into the company’s salmon pens on 16/17th July with an underwater camera to target individual fish showing signs of distress.

Similar allegations filed in March of this year triggered an investigation by The Royal Society for the Prevention of Cruelty to Animals (RSCPA). After a physical inspection by RSPCA Assured auditors and consideration of the complaint received, the third-party animal welfare organisation found no evidence to support the claims made by activists.

As is the case with all types of farming, there will unfortunately be times when individual animals are in distress, and these isolated examples can be understandably concerning to the public as well as the farmer. Farmers and veterinarians will do whatever they can to treat animals under their care, or, when circumstances require it, may have to choose to humanely euthanise the animal.

The vast amount of swimming area afforded to salmon in net pens (typically >25,000 cubic metres of space) does present difficulty in immediately tracking and tending to individuals that may flee when approached. Mowi is investing in technology that will help address this issue. Mowi’s “Smart Farming 4.0” includes underwater sensors that will automate animal welfare tracking, alerting experts in real time should extra care and attention be required.

One of the farms targeted by Mr Staniford sent fish for market on the same day he filed an animal welfare complaint (July 19th) to the RSPCA and the Animal and Plant Health Agency (APHA). A total of 8,940 salmon weighing 5.71 kilograms (average) were harvested from Mowi’s BDNC salmon farm. The quality of these salmon from the farm yielded excellent results – over 98.8% graded by experts for scale quality and general condition as top “superior” grade.

As part of a regular fish welfare inspection, veterinarian Jaime Santana attended the processing of BDNC salmon on July 19th at Mowi’s Blar Mhor processing plant in Fort William and comments: “The salmon are in really great condition with acceptable parasite load, good integrity of the skin, and are receiving a high rate of salmon being categorised as superior.”

“The way this is presented is very unfair and lacks credibility, we care for the welfare of our salmon, every day, and don’t like to see even one animal suffer. Our experienced farmers are supported by fish health experts and veterinarians that help to ensure animal welfare is attended to every day, and these results are inspected by professional third-party organisations.”

“While we take claims of poor welfare very seriously, this allegation is from an individual who has never worked in the business, has previously made similar unsupported claims, has been found guilty of defamation and was described by the court judge as ‘akin a zealot’. Salmon harvested from these farms showed 98.8% superior grade, great looking fish in good physical condition.”

Mowi will continue to share information with third-party animal welfare organisations and welcomes auditors to its farms for planned and unplanned visits. The company adds that it will continue to deploy teams of staff to farms that, during warm summers when increasing water temperatures challenge fish health, will focus on treating or humanely removing individual fish that show signs of distress.