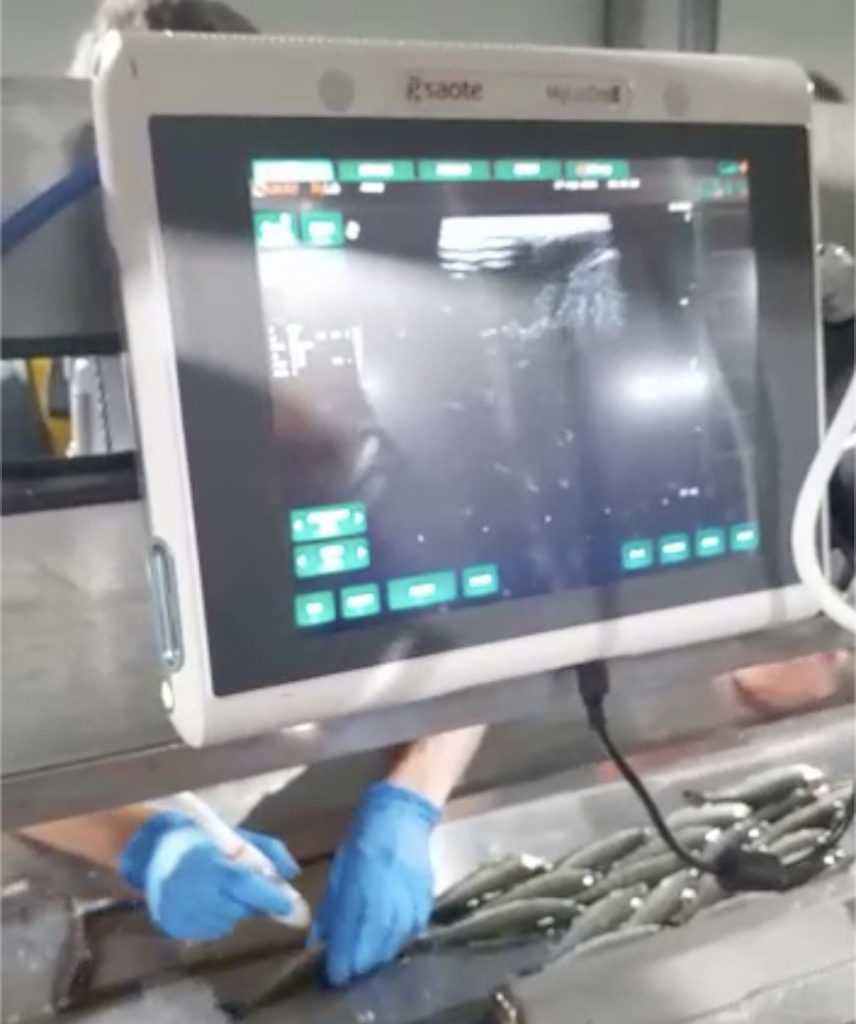 A team effort between staff at the Inchmore hatchery, members of the team from Inverpolly and Loch Ness, support from a colleague in Norway and experts from the Highland Aqua Team has resulted in the successful grading of potential broodstock candidates into males and females.

Following some ingenious remodification of old vaccination tables in the fry tank room at Inchmore, ultrasound was used to image the fish resulting in accuracy of between 90 to 95%

John Richmond, Freshwater Manager, explains: “We have done this to give us the best possible chance of selecting the best broodstock at sea. It means that when we go to do a mechanical grade on the broodstock at sea to select the largest fish we will be doing this on populations that we know to be predominantly male or predominantly female – ensuring we get the very best of both.

“If you do this on a mixed population and take only the largest fish it is likely that they will be mostly males as they are naturally bigger. This often leads to the largest fish being discarded as too many males is obviously not optimal for the breeding programme. The problem with this is that you may be throwing away some of the best fish.”

This technique, which is relatively new, is a great example of learning from other areas of the business as it has only been trialled by our specialist teams in Chile up to now.

John continues: “That our staff have learned this technique so quickly is a great achievement for us in Scotland. This will make the broodstock operations at sea much simpler and give us a better chance of carrying over into the final selection the very best broodstock fish which will eventually produce the first ever Mowi eggs to be spawned in Scotland.”