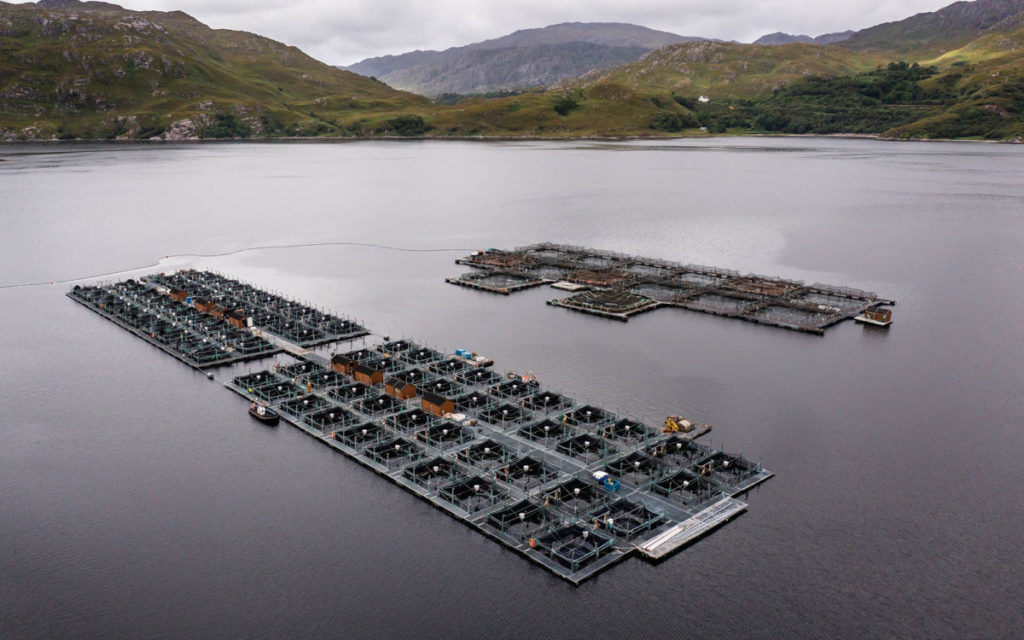 For well over a decade we have had a strong partnership with the Lochaber District Salmon Fishery Board and the River Lochy Association, which resulted in a pioneering collaboration designed to enhance and protect the local wild salmon populations in the rivers of Lochaber and beyond. This summer, surveys examining the density of juvenile salmon in the River Loy, a tributary of the Lochy, have reported a significant increase in the population of healthy young salmon.

Summary of the salmon enhancement project

The project, centred around Drimsallie Hatchery, is essentially a wild stocking programme that has seen involvement from across the company from husbandry experts to fish health. In addition to funding and staff time, Mowi has also given equipment from its hatcheries, including fish tanks and egg incubation units, that was then repurposed specifically for the project.

At the start, brood fish were taken from the River Lochy and used to create juvenile fish in the hatchery. These juvenile fish were then reintroduced into the river. After survival challenges presented for these wild salmon at sea, a smolt to adult supplementation programme was developed.

The idea was to trap migrating wild salmon smolts in the river, over 95% of which would likely die at sea, and transfer these wild fish to Mowi sea cages. Mowi would then grow the wild salmon smolts to adult stage and then release them back into spawning burns. It was hoped that this would then allow the introduced salmon to spawn naturally in the wild and guarantee the numbers of juvenile fish going to sea in future generations.

This was pioneering work never before attempted in Scotland. Jon Gibb, Director of Lochaber District Salmon Fishery Board and Fishery Manager at River Lochy, updates us on the success of this unique collaboration.

“We are extremely encouraged by the latest results in this experimental collaboration with Mowi. Smolts taken from this tributary of the River Lochy were grown to adult salmon over a period of 18 months at Mowi’s seawater site at Ardnish. They were then reintroduced to the tributary last November, around 400 of them, which is spawning time for wild salmon. We filmed them spawning in winter and they behaved exactly how you would expect them to, laying fertilised eggs in the gravel.

“This summer, we conducted electro fishing surveys all over the tributary to try and measure the juvenile salmon population as a result of those eggs laid last spawning season. I am delighted to confirm that every site along the river that we surveyed showed significantly higher densities of juvenile salmon compared to historical surveys. So it is clear that the project is working and we are starting to see a much greater volume of healthy young salmon in this major Lochy tributary.

“We are very encouraged by this. It is better if adult fish can spawn successfully in the wild like this, rather than adding hatchery-bred fry, as we are more likely to end up with a more robust fish that will have far better survival rates throughout its lifecycle in the freshwater and seawater phases.”

Looking to the future

This model of collaboration between an aquaculture company and a wild fisheries management group is a good example of what can be achieved when both sectors unite over the common goal of creating the healthiest shared marine environment. This same tributary on the River Lochy would have had hundreds of spawning salmon almost 20 years ago. In the last five years, surveys revealed that this had dwindled to just three fish spawning in two consecutive years.

Jon continues: “Effectively we’ve boosted the population by adding 400 spawning salmon, but the goal is to reach the point where the wild salmon population is self-sustaining and no longer requires our intervention. I know that Mowi and the Lochaber District Salmon Fishery Board and the River Lochy Association are passionate about reaching this goal. I hope this project serves as inspiration for other wild fishery organisations to apply for funding from the Wild Salmonid Support Fund, recently launched by the Scottish Salmon Producers’ Organisation (SSPO) and funded by salmon farmers.”

Click here to watch the video which shows two male fish competing for the female and subsequently one of the males spawning with the female before she covers up her fertilised eggs in the redd (nest) with gravel again.