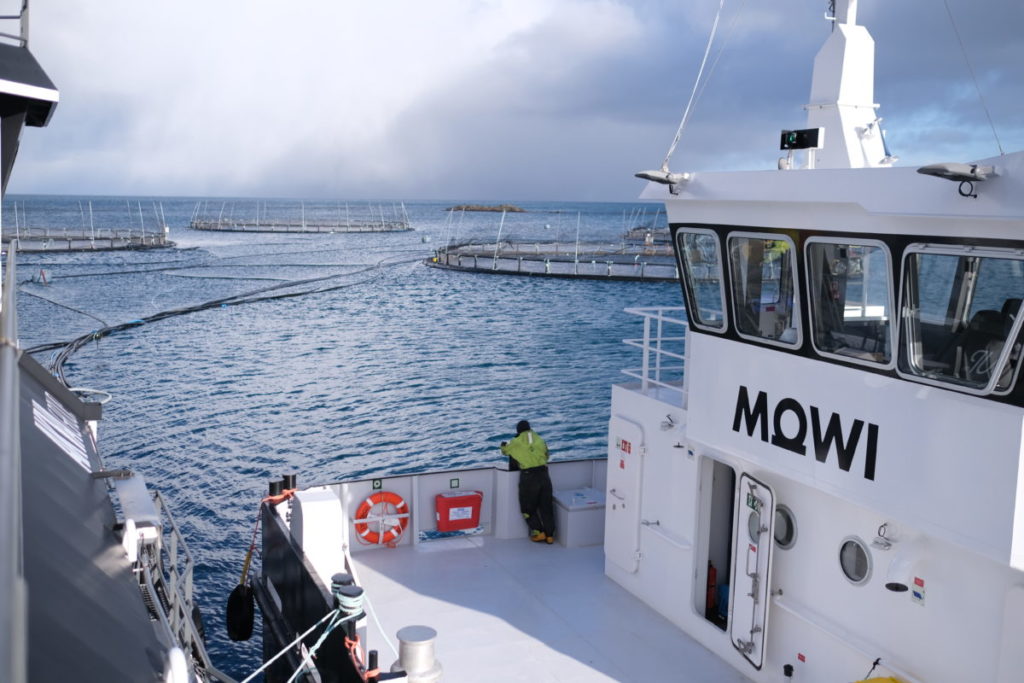 Mowi Scotland is seeking a permanent interdict (injunction) against an individual who, despite repeated requests not to do so, has continued to put himself and the company’s employees and animals at risk.

Scotland’s largest salmon aquaculture company has commenced proceedings seeking orders preventing Don Staniford from entering onto, attaching vessels to or approaching within 15 metres of all structures, docks, walkways, buildings, floats or pens at its salmon aquaculture farming sites. Following the service of court papers, Mr Staniford gave  undertakings to Court this week to not act as complained of pending a full determination of the proceedings.

Mowi Scotland COO Ben Hadfield says: “This person’s behaviours and actions that we have borne witness to over the past two years gives cause for great concern, and is not something that our staff should have to endure whilst going about their daily work. Everyone should be able to go to work and expect their workplace to be free of harassment and intimidation.”

Mr Staniford had been characterized by The Honourable Madam Justice Adair (Supreme Court of British Columbia) in the case of Mainstream Canada v. Don Staniford (2012)[i]. In her written judgement, Justice Adair pointed to Mr Staniford mocking the physical appearance of three woman who provided testimony, and described Mr Staniford as “akin to a zealot” who will “twist facts to conform to his own personal view.”

“While these behaviours and the complete lack of respect toward our employees are deeply concerning to us, the basis for these court proceedings is to ensure the safety and wellbeing of our employees, our fish and Mr Staniford and his associates. Our business also receives much oversight from licensed professionals, government regulators and third-party auditors, and therefore does not require the services of self-appointed individuals.”

Mowi’s writ cites the regular site visits and audits conducted by professionals trained in such areas as fish health, safety, and environmental management. The Scottish salmon sector – the country’s largest food export – is recognised as one of the most highly regulated and transparent. Mowi Scotland’s salmon aquaculture farms were inspected 316 times in 2020 by third-party organisations that included Marine Scotland, SEPA and the RSPCA, with much of its data provided online for the public to access.

“We have not wanted to pursue legal recourse, but we cannot stand by and watch any person risk injury to themselves or for them to intentionally or unintentionally bring harm to our employees or our fish. These incursions are dangerous, unauthorised, risk our strict health protocols and have an unacceptable impact on our dedicated employees.”