Paweł Cymbalista, based in Mallaig, has done it again, this time setting a new record for the West Highland Way.

Known as Scotland’s best-loved long-distance walking route, the West Highland Way goes from Milngavie, near Glasgow, to Fort William and covers a distance of 154km with an elevation of 3,200m. Paweł completed the route unsupported on 16th July 2022 in an impressive time of 17 hours 57 minutes 33 seconds, smashing the previous record of 23 hours 21 minutes. To put this into context, most people take around five days to complete the route!

Paweł was running to raise funds for Mallaig Community Hub and Shop; an important asset for the community which includes many Mowi colleagues working at the Mallaig Harvest Station.

Mowi donated £500 to Paweł’s target of £1,500, which he hopes will allow the shop to purchase a refrigerated display unit. Those who wish to donate to Paweł’s GoFundMe page can do so here.

Speaking after completing his record-breaking run, Paweł said: “Despite some challenges in the lead up to and during the run, including a cancelled train to Glasgow when I was sitting on it on my way to the start line, I am so happy to have achieved my goal and set a new unsupported record for the West Highland Way.

“During this challenge, I not only broke some personal records, but I learned a lot, as well as a lot about myself. All of which I will use in my future challenges. I was very close to my breaking point – this route forced me to use everything I had in me to complete it in the time that I did.

“I’d like to thank everyone who supported me before, during and after the challenge, including my wife and children, and those who helped me get to the start line. And also to Mowi and everyone who has donated to my fundraiser for Mallaig Community Hub and Shop: Thank you!” 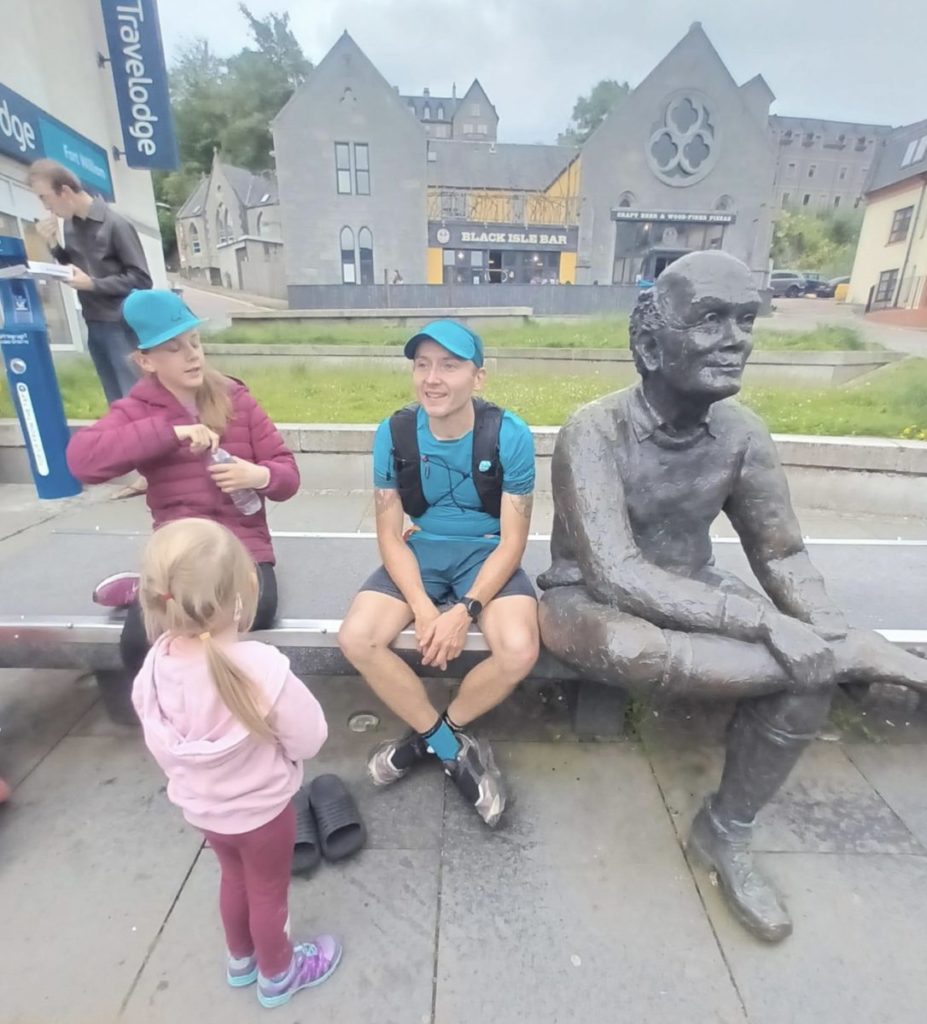