Charities and communities across the Highlands and Islands and Fife have benefitted from money raised by the Mowi Salmon Wagon as it hit the road this summer.

Speaking about the success of Mowi Salmon Wagon this year, Mowi Scotland’s community engagement officer, Jayne MacKay, said: “We built the Salmon Wagon in 2019 to engage with our local communities and raise funds for the causes closest to their hearts. Since then, we have attended numerous events around Scotland and been lucky enough to support a range of charities and causes vital to communities.

“It is humbling to see the work being done at local level around the country and we are delighted to be able to help and support those in need through donations to – this year – food banks, mental health, children’s charities and other great causes.”

The charities, organisations and communities that benefitted from the Salmon Wagon from as far south as Rosyth and as far west as North Uist, include:

Among the events attended by the Salmon Wagon was the 2022 Camanachd Cup Final in Kingussie. Mowi has given decades-long support to youth and adult shinty in Scotland and the £725 proceeds from the truck on the day were donated to Mikeysline, an Inverness-based charity providing text-based and face-to-face support for people of all ages who are struggling with their mental health.

Mikeysline is passionate about suicide prevention and raises awareness of suicide and wider mental health issues while breaking down the stigma surrounding them.

The charity’s chief executive, Emily Stokes, said: “We are so very grateful for the support given by Mowi’s Salmon Wagon at the Camanachd Cup Final in Kingussie. Not only did we benefit greatly from the funds raised, which will help us in developing our mental health support and suicide prevention services further in rural areas of the Highlands, but from the profile and awareness raising through the event given the numbers attending and the profile of the event itself. It was a fantastic day and an amazing fundraiser for us.”

Derek Keir of the Camanachd Association, who nominated Mikeysline as the beneficiary of funds raised by the Salmon Wagon, expressed how shinty took great pride in its role as Scotland’s community sport and the motivation for the Mowi Salmon Wagon fit the sport’s ethos, saying:

“By helping organisations like Mikeysline we are able to support people who need someone to talk to, helping shinty deliver a holistic response to one of the most important issues facing the Highlands.

“Many of the areas that shinty operates in can suffer from social isolation and that’s why Mikeysline is one of five mental health support groups that we work with on a regular basis to ensure that our members can access the support they need.

“Separate from the Salmon Wagon, through its longstanding sponsorship of the Association, Mowi enables shinty to take place in communities across Scotland, offering participants the opportunity to reap the physical and mental health benefits.” 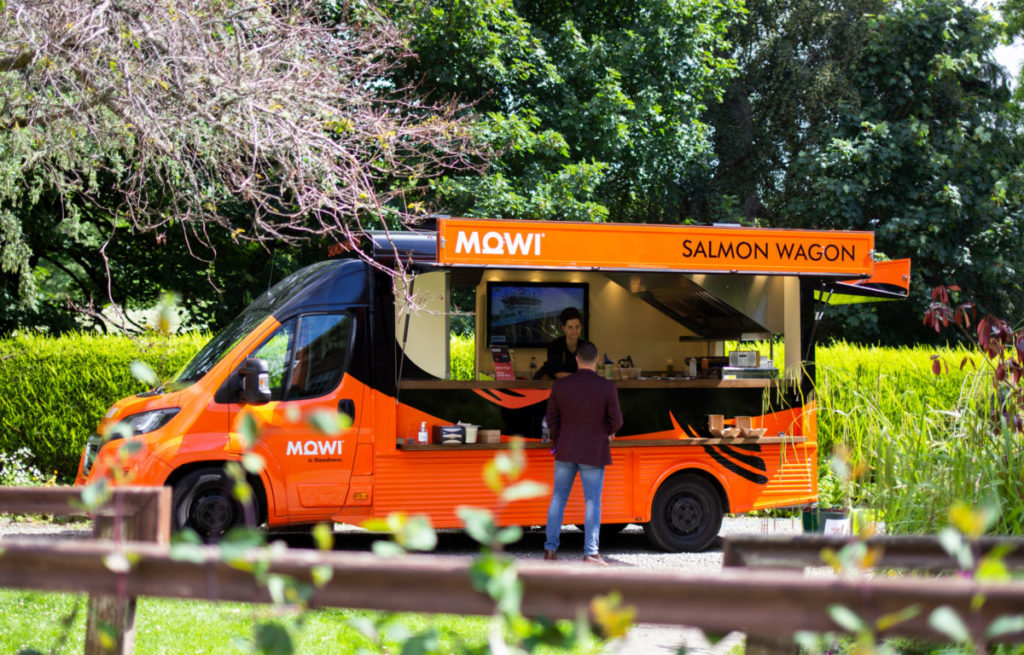 Applications will open in January 2023 for those looking to have the Salmon Wagon attend their event next summer. For more information and to sign up for the newsletter please visit https://mowisalmonwagon.co.uk/