In what is becoming an annual event, Mowi Scotland employees across the Highlands and Islands have chosen to provide a helping hand to over a dozen local community organisations at Christmas.

Responding to the company’s Community Support Committee’s invitation to nominate a local organisation that could benefit from a cash donation for the festive season, employees came forward with many ideas that covered most of the regions where the company does business.

Jayne MacKay, Mowi’s Community Engagement Officer, comments: “Our staff really value the opportunity to support community volunteers that do so much to improve the quality of life where we all live and work. While our community support programme accepts applications all year round, it’s nice to be able to surprise groups with a little extra help during the festive season.”

A total of 14 organisations were selected by Mowi’s Community Support Committee and offered up to £1,000 each, to be delivered by the nominating employee before Christmas.

Balmacara resident and Mowi employee, Gavin Martin, was thrilled to learn of his successful nomination to the Balmacara Community Trust, stating: “Wow, thank you for emailing with the fantastic news, that’s brilliant! This donation puts us that bit closer to our goal of restoring our village hall to its former glory so it can once again be used as a welcoming, safe space for our community and the visitors to our area.” 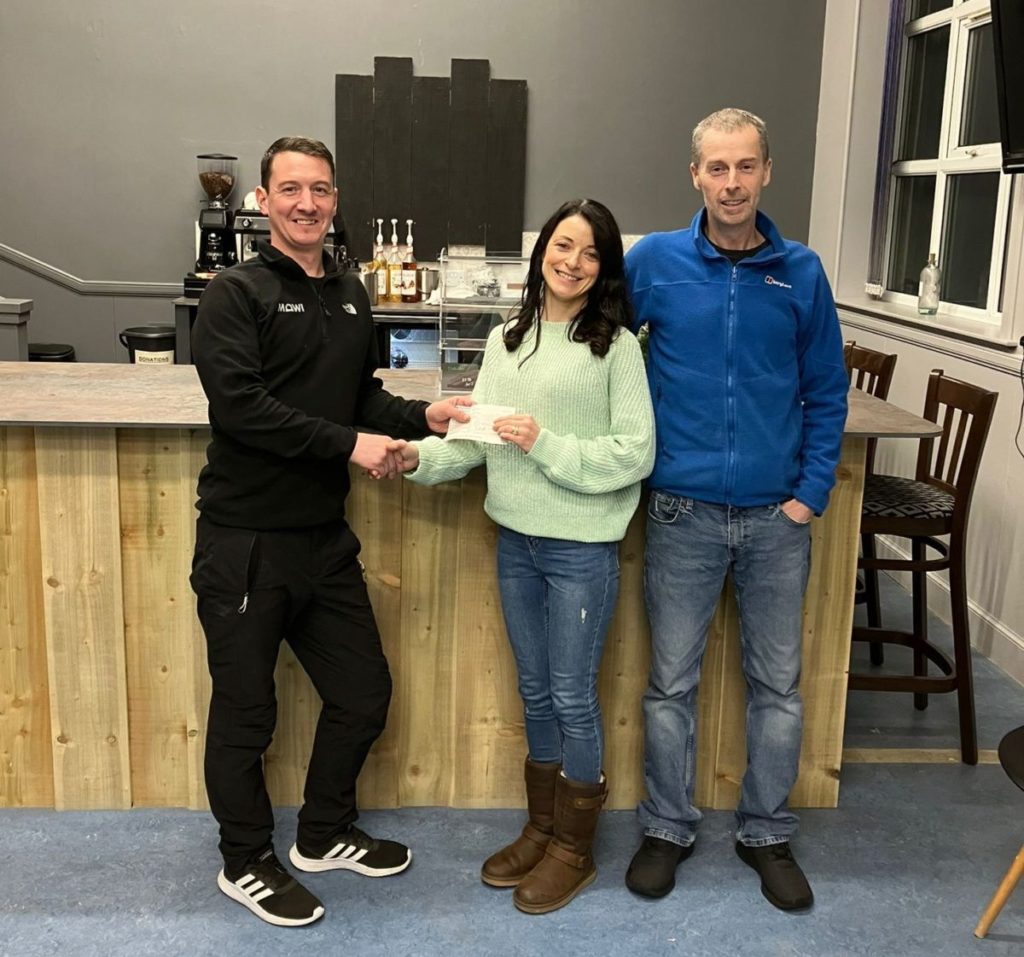