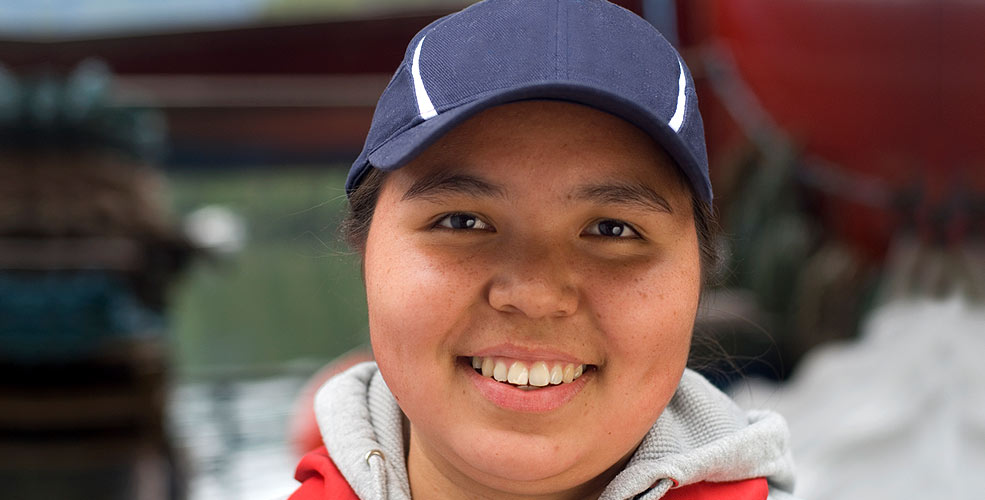 Mowi Canada West’s aquaculture operations are located within the traditional territories of First Nations people. The relationship with Indigenous Peoples’ culture is important to our business and is based on economic, social, environmental, cultural and legal considerations. Two examples of these relationships can be found in our interaction with the Kitasoo/Xai’xais First Nation and the Tlatlasikwala First Nation.

The Kitasoo/Xai’xais people live in Klemtu, about 500 kilometres northwest of Vancouver. Klemtu, with a population of 450, can only be reached by boat or by air. With an economy based on fisheries, fish farming, forestry and tourism, the community enjoys a high level of employment and active involvement in business and economic development initiatives. For the past fifteen years, Mowi Canada West has partnered with the Kitasoo/Xai’xais in development of a state-of-the-art salmon aquaculture program that processes 5,000 tonnes of salmon a year from local farms.

The Tlatlasikwala First Nation invites responsible business partners into the Territory to help create diverse and sustainable economic initiatives, so their people may once again return to their home village on Hope Island, British Columbia. These economic opportunities may include aquaculture, wind power, and tourism. In 2010, the Tlatlasikwala First Nation and Mowi Canada West began discussions about whether the Territory would be suitable for salmon aquaculture. After completion of a thorough environmental review and public consultation process, the Nation and company began raising salmon at Bull Harbour in 2015.

About one-fifth of Mowi Canada West’s workforce is of aboriginal descent.

Mowi Canada West currently operates within the Traditional Territories of 24 Canadian First Nations. The company has formal agreements and positive relationships with 15 of these Nations and eight First Nation-owned businesses.