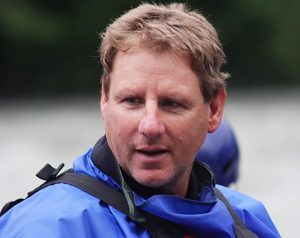 By Ken Maddison’s count, that’s how many baby fish have been reared since he started in the aquaculture industry in 2001.

“I have done a lot in the fish farm industry and have enjoyed my career,” he says. “The biggest successes have been Homfrey Creek and Ocean Falls, that have allowed me to develop and produce close to 65 million smolts in my career.”

Maddison manages the Ocean Falls operations, and notes that Mowi Canada West has been a great inspiration for community support in Ocean Falls.

“Ocean Falls was a booming pulp mill up until 1980 and was shut down and forgotten,” he notes. “Because of the need for some underfunded projects in town, Mowi has been generous in donating paint for the court house, and rebuilding the causeway and new dock for the yacht club.

“Our employees donated their time which showed they are good corporate citizens and Mowi safety culture is at its forefront,” he adds.

Maddison was born in Nelson and moved to Cranbrook, where he graduated from high school. He lived in the Kootenays until 195, when he moved to Vancouver where he worked as a crane operator apprentice in the construction industry, on the original Sky Train approach in Surrey.

“I decided to leave the industry and pursue my passion – fish – with the understanding it would mean a pay cut, but I have no regrets,” he says.

He began his career in Aquaculture in 1987 on a Partnership Trout Farm lease in Spring Valley, based in Langley, which supplied trout eggs to the Chilean Aquaculture industry.

In 1989, he enrolled at Malaspina College (now Vancouver Island University) in Nanaimo to earn his degree in fish health.

That same year he and his wife Shelly welcomed their son Kyle into the world. Kyle is now a Mowi assistant manager in Port Hardy, and their daughter Ashley, lives in Nanaimo and is a Certified Dental Assistant.

Maddison recalls starting to work in a lab, doing disease screening in a college lab leased by Jeremy Hackett and Joan McKay.

“In those days companies never had their own vets or fish health people,” he notes.

Realizing being in a lab was not for him, and being an outdoors person, he applied for a Saltwater production position.

His first work site, Homfrey Creek, had a 20 foot trailer on the beach with 3-40 foot Polar circles with one other person.

“I spent the next 12 years moving around Saltwater production, developing, and managing

almost all of the sites in the Port Hardy area with Omega Salmon/Panfish, which are today Mowi sites,” he says.

Then, in 2001, it was back to freshwater and Homfrey Creek, which was into “a fresh water lens site using enclosed containment in salt water where 90% of Panfish smolt production was done. Then Eggerton, and a Glacial Creek freshwater lens site for broodstock.

“In 2003, I was asked to go to Ocean Falls to go over facility drawings and help hire a manager,” he says. “17 years later, I’m still here and loving it. As of May, Shelly and I are full-time residents.”

“I have great staff and have worked with many great people in the industry in the last 30 years, some for over 18 years,” he adds. “Happy to say, there is still a few more years to go!”